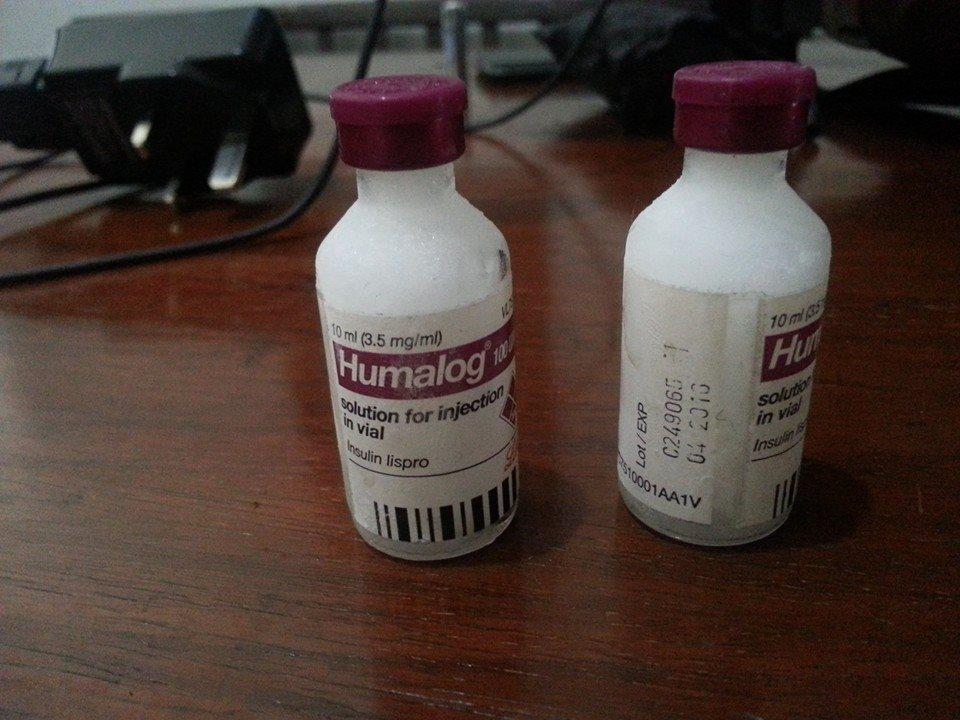 A little over dramatic title, but not far off from the truth with a serious illness, ketoacidosis.

Things on the diabetes front have been reasonable mellow since the drama in Australia: It had to happen, twice. The usual unexplained highs and lows, mental stress and general faffing that comes with type 1 diabetes.

But this quickly and dramatically changed a few days ago when i got my insulin supply out of the hotel fridge, frozen.

Crap, really not a better word I could think of to explain the situation i find myself in.
Since leaving Malaysia and hitting Sumatra I knew I was entering unknown territory with the insulin supply I was carrying and the lower quality healthcare in the countries coming up. As Humalog insulin should not really be out of the fridge for more than 30 days and I only had Frio cool wallets to keep my supply below 30c I have made a point off using a hotel fridge when possible.
A fridge to keep the insulin cool, not frozen, as freezing destroys the insulin.

7 months carefully carrying my insulin, my friend joining us with a resupply in Thailand and now here I am with 5 bottles of frozen insulin, 208 units of insulin left in my Pump and a bus leaving in an hour for Manila then an early morning flight to Dumaguete, south Philippines. 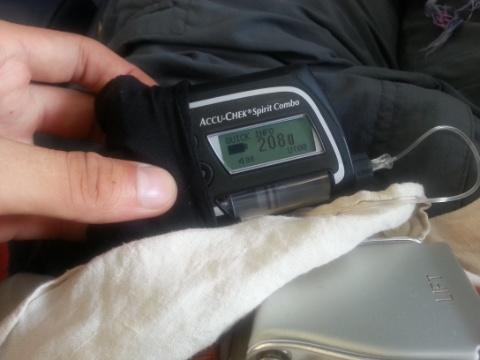 Things could of been worse! Lucky I refilled my Pump a few days ago so had around 3 days worth of insulin left, last min the day before we had changed our flight from Puerto Princesa to Dumaguete. A day later a typhoon hit the island where Puerto Princess is located and the village El Nido we planned to stay. Finally, Dumaguete had one of the best public and private hospitals outside of Manila. So I could of been without any insulin and stuck on island with limited medical facilities in a middle of a super tornado, things definitely could of been worse!

We jumped onto our overnight bus and I used the time to do a little investigation on the options i had to get out of this mess. Others have also mistakenly frozen their insulin, with lack of a a government healthcare system to cover the cost of replacing or subsidising the cost of the now damaged insulin they proceeded to use the insulin once it had thawed. I would never consider this in the UK, if any of my medication would even look at me bad it would be binned. A few times I have suspected a dodgy bottle of insulin, binned, no questions, no second thought. Now I was reading about a world where the cost of this medication directly hit the person's wallet, their pains in covering the cost of their conditions and the risks they would take on their heath to use possibly damaged medication. All the information I found ended with the frozen insulin being useless.

I proceeded to investigate purchasing Humalog in the Philippines, I came across posts of local diabetics who had to purchase Humalog themselves and how they struggled with the costs. It hit me at that point that in the UK my neighbor could purchase Humalog for their diabetic cat, these people where struggling to live with their condition that costed them more than 50% of their monthly wage.

DOH Insulin Access Program - Get The Cheapest Insulin In The Philippines!

I found and emailed a Philippine diabetic charity, government body and my contact at Lilly details off my situation asking for any advice. Also my good friend Alex was head of JDRF, surely he would have a member in the Philippines.

We arrived in Manila 3 in the morning, we had 3 hours to get to the airport and I had already mapped out the pubic transport we would take. This route so happen to take us past a few 24 hour pharmacies and a hospital that I planned to pop into.
I was not completely unprepared for this situation, before departing on our travels i had emailed Lilly the manufacturer of Humalog with the list of countries planned to visit to confirm availability of Humalog. Philippines was confirmed to have supplies.
Unfortunately this did not appear to be the case with the hospital and two pharmacies i visited, but, all confirmed I should be able to source Humalog at another pharmacy. At one of the larger pharmacies, Mercury, I got a list of insulin they stocked, Humalog had been recently removed but two standed out, Novo Rapid and Humalin R.
Tired from the lack off sleep and trekking for kilometres in Manila at 3am we gave up and made our way to the airport for a sink wash and change into clean cloths, surely Dumaguete would be my savior.