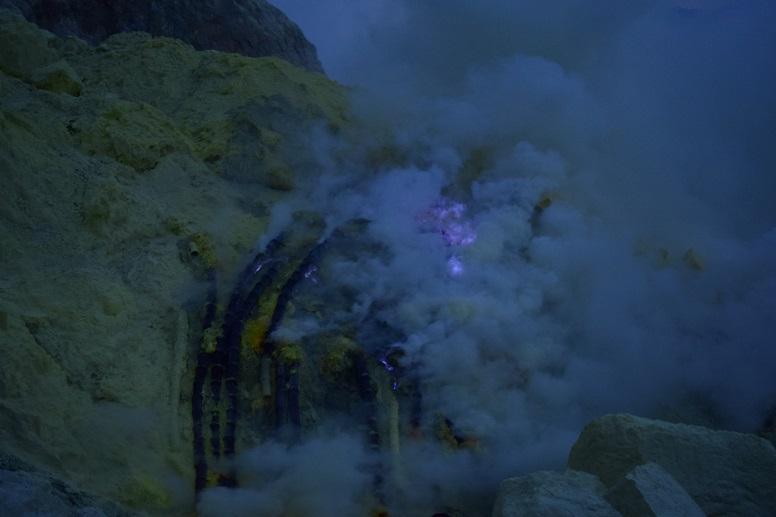 Normally I'm pretty good at detecting the signs of low blood sugars, lack of energy, difficult to focus and the urge to eat everything I can get my hands on. But this time, 9000 feet above sea level, in a sulfur mine crater at 5am I was caught unaware, or it was carbon monoxide poisoning.

It was an early start to the day, 12.30 am our driver picked us up to take us to the start of the 2 hour hike up mount Ijen, Java. At the top we would climb down into the crater to see the blue sulfur flames that are only visible at night and see the sulfur miners hard at work, climb back out and a little higher to see the sunrise over Java.

All seemed well when we got to the start of the hike just before 2am, then one of the park rangers approached us saying we where not allowed to climb the volcano until 4am due to increased activity and possible risk off carbon monoxide poisoning. Somehow being up there in the day time was safer. We where told we would make sunrise and the walk up would take an hour, what's a complete lie.

After trying to workout how we could get past the rangers and also noticing some sulfur miners where also waiting with us we decided we had no option other than to wait, count the stars and huddle around a fire to keep warm. 4 am slowly approached, other tourists had joined us and at 3.50 we were allowed to go.

I decided to speed up the volcano with a guy who joined us called Tom who did the walk previously in the daytime, we left the girls slowly following behind knowing time was agenst us to see the blue flames. Insulin Pump was set to 70% basal rate (background) and we where off. It was dark, but a full moon lit the path well. We struggled up some very steep parts and three quarters of the way up, thighs burning, I first noticed something was not right.

My eyesight started to get worse, too the point where I could only just see Tom's feet in front of me. I had plenty of energy still, if a little out of breath and was very alert so ruled out low blood sugars and asked Tom how his eyesight was doing thinking possible carbon monoxide poisoning. Tom confirmed he could see fine and I dismissed the problem as a result of looking at my phone screen in the dark to check our location. We reached the crater rim in under an hour, it was a spooky landscape from what i could see, and that was not much! Things had gotten worse and the climb into the crater is notoriously steep, unstable and dangerous. I did not fancy negotiating this narrow path with the sulfur miners without knowing for sure what my blood sugars where.

I explained to Tom and rummaged through my bag to grab my blood tester. 2.2 I was shocked, other than my lack of sight I felt no signs of a low blood sugar level. I had planned for such an event and had some fast acting hypo gel in the bag, after the tube and a few dextrose tablets my sight got quickly back to normal and we descended into the crater for a close up of the blue flames.

Later my sugars where still low, another dose of hypo gel sorted them out.

The lack of common symptoms throw me on this one, the urgency and adrenaline rush clearly gave me all the energy I needed to get to summit, but clearly not enough for me to see it 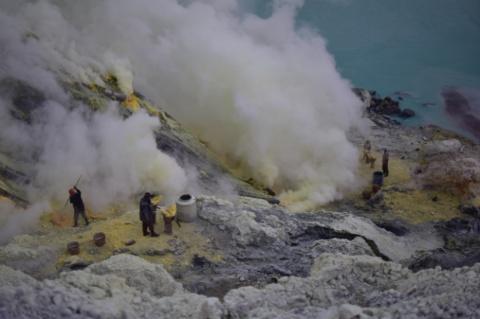 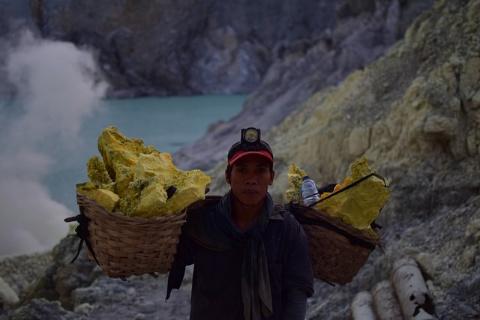 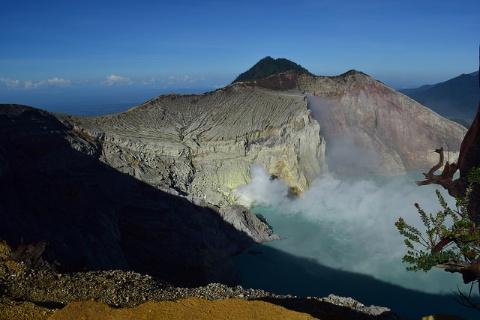