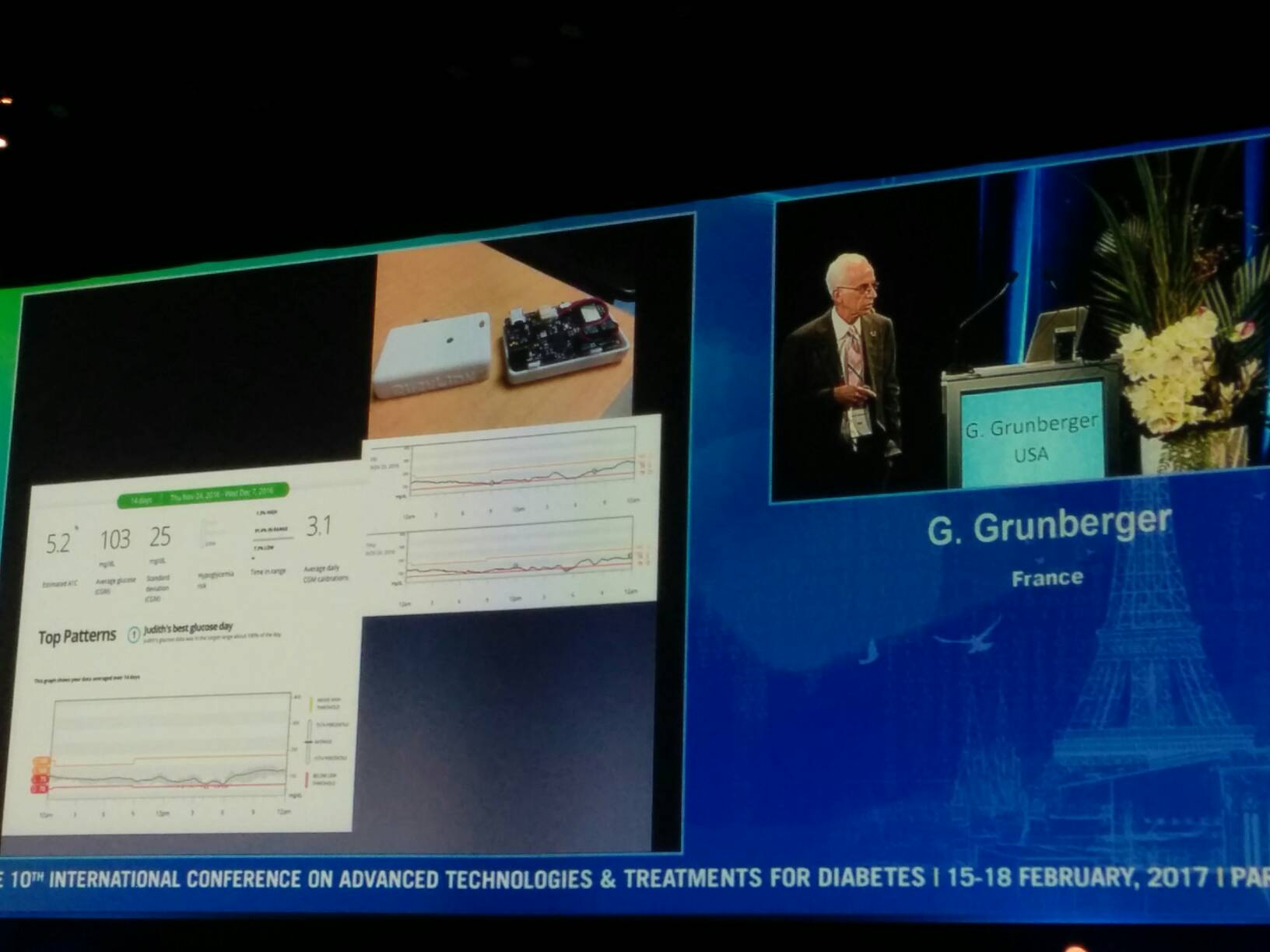 For the 10th International Conference on Advanced Technologies & Treatments for Diabetes (ATTD 2017) the Nightscout Foundation sent me to Paris to represent the growing Citizen Science Patient Movement #WeAreNotWaiting.

There was a very clear theme to this year's conference, making use of Patient Data and Artificial Pancreas Systems, but from the #WeAreNotWaiting patient perspective is this what we need, right now?

First, I must confess, such an event is not targeted at the everyday Patient. The event is "delivered by renowned experts from across the globe" from the medical industry and healthcare. At more talks than I would comfortably admit while presented in English, they were full of acronyms and references that sounded like a foreign tongue to me. Even though, the clear theme of the majority of talks was making better use of Patient data captured from our devices (Pump, CGM, Fitness Trackers, Mobile Phone) and Artificial Pancreas Systems. But did this meet my exactions of the event, are was researching/debating the topics that will make a real change to the Patients on the ground or is this all marketing talk to excite the industry and peers while the patient needs are addressed as an afterthought - I have mixed feelings.

Finally, the Diabetes industry is waking up and starting to notice there is more value in the data produced from the multiple devices we have. For years I have moaned that while the technology, data quantity and quality increases, the constant dependence on the patient to digest and process this is unrealistic. The event was full of Diabetes Data management software from mobile-based apps for individuals to cloud-based systems for Clinicians to manage and review their patient data. Unfortunately, there were more products being showcased than I could possibly review, I believe this shows the early stages of this industry and over time the stronger (or well financed?) products will stand out.

The Artifical Pancreas, coming soon (no, really as in "soon", not "within 5 years" soon)

Presentation after presentation,Slide after slide of data showing the benefits of Closed Loop Artifical Pancreas Systems at adjusting Basal rates to keep Blood Glucose within range compared to the restrictive fixed Basal rates we utilize now in Pump therapy. It is clear and everyone is in agreement, the future of Type 1 Diabetes Care is based around Augmented Pump Therapy with CGM and other data.

And, for once this is not a "within 5 years" product, we will see on the market systems that will adjust Pump Basal to prevent Hyper and Hypoglycemia this year. It is clear this is the early stages of such technology and this means it may not be suitable to all, especially children and that the industry is being cautious in the regards to the complexity and how aggressive their algorithm will be.

Use of Mobile Phones

The mobile phone is clearly being targeted as the central control hub for our medical devices. Even as acknowledged by all I spoke to the challenges of working with such an unregulated and unpredictable platform, it is a device that almost all patients own and use. All devices companies I spoke to have an app to be demoed or in development.

My Life YpsoPump with android app. You can sync data but not send commands, but their engineering dept can... #ATTDconf #NF2017ATTD pic.twitter.com/ASZnhlpHUJ

We Are Not Waiting & They Are Listening

And finally, most pleasant surprises of the event was the representation of the #WeAreNotWaiting patient movement. Out of the first 4 Key Note presentations on Thursday morning, two presented community-based projects as an example of what is possible and can be achieved with current technology. The Clinicians and Industry experts I spoke to had a very passionate respect for the work being done by the community, also at least two research projects I discovered are using community code to assist in the capturing of data. This was not just limited to the industry professionals, at the event I discovered at least 4 attendants utilizing community projects to manage their diabetes and many more who were interested in discovering more about what the community has done and would like to take part.

The not so good

I have to be honest, from my perspective I was underwhelmed with the products presented at ATTD, maybe my expectations were too high, maybe the fact that the community projects are at times ahead of the industry and comparing them side by side is underwhelming. I am not sure what I was looking for, there was nothing that really excited me.

In Software the processing and actionable feedback of patient data is great and very much needed. But I did not attend any presentation or have a discussion within anyone about the accessibility to the patient of such data. While we will end up with amazing software tools to automate (APS) and analyze our data if the devices are out of reach of the patient due to high costs or manufacturers not willing to allow usable access to their data we are not making any progress at all. At times it felt like attention is too focused on the use of new technology and not the accessibility.

Pump VIII! Like Pump VII BUT with an extra "I"!

That moves us on to device hardware and here I felt the most underwhelmed. Out of the handful of Pump and CGM products coming to the market, none seem to have anything revolutionary, with some expectations it was incremental improvements of old technology. I do not feel the need to change my ACCU-CHEK Combo Insulin Pump for one with a touch screen, this is not the consumer Mobile Phone market. I do not want to sound too negative and dismissive of the work done, it is great we are seeing new vendors entering the Pump and CGM market, but nothing truly excited me in regards to function or accessibility.

With the progress of Technology we commonly see the lowering of costs and therefore access, why are we not seeing this in the CGM and Insulin Pump markets? Not everyone needs features of Model B, Model A was good enough, let's make that more affordable and therefore accessible.

One thing from the event that I enjoyed and truly excited me was the awareness, without the need of patient representatives of the #WeAreNotWaiting Comunity work. I had many discussions with experts in Industry and Healthcare about the work the community is doing and encouragement to continue.

If you are discussing, using or developing Open Source Comunity solutions for the management of Type 1 Diabetes, you are directly influencing and disrupting the field of diabetes technologies and treatments and it is clear to everyone that, We Are Not Waiting.

I am the Diabetic Tamagotchi, playing with the Dexcom 7+

When a Smartphone is too smart for a Diabetic